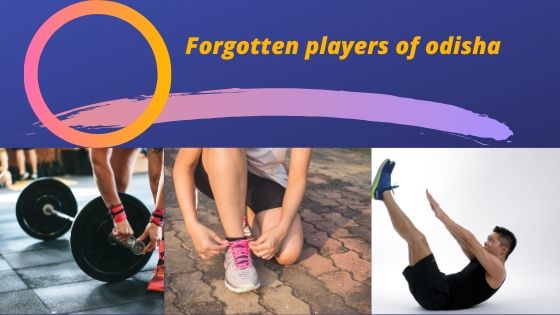 As we know Odihsa, is one of the mostly famous for Temples, Ancient Architectures and it’s Natural Scenery. Even Odisha has been contributed to society in producing musicians, singers, actors, & players as well.

Here in my article I am going to list those forgotten players, who have made us proud in International forum.

Dipsan Tirkey (born 15 October 1998) is an Indian field hockey player who plays as a defender. He was the vice-captain of the Indian squad that won the 2016 Men’s Hockey Junior World Cup.

Tirkey was born on 15 October 1998 in Saunamara village of Sundergarh district to a farmer father and housewife mother. Due to his family’s difficult financial situation, he had to practice hockey with a borrowed hockey stick on the village roads.his elder brother Prashant to take up the sport, he joined the State Sports Hostel in Rourkela in 2009 where he learned the game

Debasish (or Debasis) Sarbeswar Mohanty (born 20 July 1976) is a former Indian cricketer who played in two Tests and 45 One Day Internationals from 1997 to 2001. He was a right-arm medium-fast bowler who coupled pace to his naturally lanky frame. He found success in the limited overs format, averaging under 30 and taking one wicket per over

Srabani Nanda was at the Rio Olympics 2016, in the women’s 200m category. Srabani clocked 23.07 seconds at the G Kosanov Memorial Meet in Almaty 2016 to seal her berth. The qualifying mark was set at 23.20 seconds. She won a gold medal and silver medal in 200 and 100 metre sprint respectively at the 2016 South Asian Games in Assam. She also helped India win a bronze medal in women’s 4×100 metre relay event of the 2010 Commonwealth Games with a timing of 45.25 seconds at the Jawaharlal Nehru Stadium in Delhi on 12 October 2010. She had been part of the girls 4×100 metre relay gold in the 2008 Commonwealth Youth Games at Pune and she won a bronze medal in both the 100 and 200 metre sprint events of the SAF Games in Colombo in 2007.

Ignace Tirkey’s younger brother Prabodh Tirkey also represented India in hockey. He is a product of Panposh Sports Hostel, Rourkela where he was spotted by Indian Army to help him pursue his career.

Tirkey made his debut for the national side in February 2001 at the Akbar el Yom Tournament in Cairo against Belgium. He was a member of Indian team that participated in the Athens Olympic in 2004, where India finished seventh. In club hockey, Tirkey played for Services.

written by Byomakesh nayak. Hope you will get some information about odisha players…..