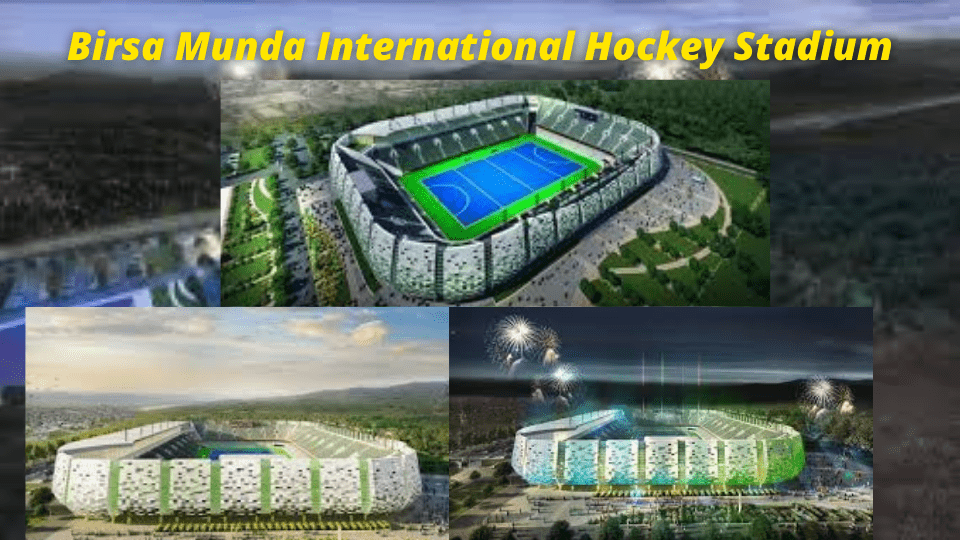 Rourkela the Steel city lies in the Sundargarh  District of Odisha is Famous for its contribution to Indian Hockey.Naveen Patnaik the Chief Minister of Odisha on 16th February 2021 laid the foundation for India’s biggest hockey stadium on the campus of Biju Patnaik University of Technology(BPUT) at Rourkela.The Stadium will be named after noted freedom fighter Birsa Munda and will co-host Hockey World Cup 2023.

The Birsa Munda International Hockey Stadium is an under-construction hockey stadium that is being constructed in Rourkela, India.The stadium is being built to host the 2023 Men’s FIH Hockey World Cup which will be held in the Indian state of Odisha. The stadium has been named after the tribal leader, Birsa Munda who was a famous freedom fighter.The project is estimated to completed before the man’s FIH Hockey World Cup 2023.It will be a model in design for hockey,present one of the best spectator experiences.It will have a seating capacity of 20000+ which largest in India,Hence it will become Largest Hockey Stadium in India.

After the announcement of india’s  biggest hockey stadium in Rourkela it will  motivate the youths of odisha specially of sundargarh district to move forward not only in hockey but also in other games.It will also show that the Odias are the best .The Designed of the stadium to provide the best experience to watch  match,each seat will have endless views.The uniqueness of the stadium is that the spectators will be closer to the pitch than any other hockey stadium in the world.

Rourkela the steel city of odisha and first industrial city of odisha has supported the economy of odisha since long time. Rourkela has supported the livelihood of many of sundargarh district.When FIH proposed to host the Men’s Hockey World Cup-2023 in odisha for second time,Government decided,Rourkela as their second venue.It’s a great gift given to the hockey lovers of Sundargarh district by the government of odisha.Sundargarh the base of hockey,the hockey spirit lies in its soil,air and water.Hockey has given sundargarh a new indentity as world sports map.Growth of Rourkela has also given strength to sundargarh.Rourkela has also got the status of “Smart City.

The Birsa Munda International Hockey Stadium is being built exclusively to host the 2023 Men’s FIH Hockey World Cup. This will be the fourth time India will host this event and it will also be the second time the world cup will be hosted in Odisha. The 2023 version of the cup will be held jointly between two cities in the state id Odisha, Bhubaneswar and Rourkela. Along with the Birsa Munda International Hockey Stadium, the Kalinga Stadium in Bhubaneswar will be the other venue of the event.

So thier it is..!!.
So You may have learnt some facts about Birsa Munda Hockey Stadium Therefore don’t miss to Read Such type of articles on ebhubaneswar.Thank you very much to give some precious time to my article.

Read More:Ipl Auction 2021!!Read More To Know Which Player in Which Team