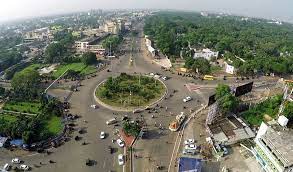 Bhubaneswar is an ancient city in India’s eastern state of Odisha.Bhubaneswar is the biggest city in Odisha. The city is famous for its ancient rich heritage especially its historic monumental temples. The city is popularly known as City of Temples due to the incredible ancient temples in the city.

We will look some interesting facts about bhubaneswar

Bhubaneswar is categorised as a Tier-2 city. An emerging Information Technology (IT) and education hub, Bhubaneswar is one of the country’s fastest-developing cities.It is also known Smart City and also one of cleanest city in India.Bhubaneswar has been known by different names such as Toshali, Kalinga Nagari, Nagar Kalinga, Ekamra Kanan, Ekamra Kshetra and Mandira Malini Nagari (City of Temples) otherwise known as the Temple City of India.

Furthermore,will discuss about fascinating of bhubaneswar in the below article.

Lingaraj is one of the oldest and ancient temple in bhubaneswar which is very auspicious on the lord shiva during the Maha Shivaratri.It is one of the prominent landmark of the Bhubaneswar. The water from the tank is treated sacred and pilgrims take a holy dip during festive occasions The central deity of the temple, Lingaraja, is worshipped both as Shiva and Vishnu.It is one of the major tourist attractions landing in Odisha.Lingaraja, literally means the king of Lingam, the iconic form of Shiva. Shiva was originally worshipped as Kirtivasa and later as Harihara and is commonly referred to as Tribhuvaneshwara (also called Bhubaneswar), the master of three worlds, namely, heaven, earth, and netherworld. His consort is called Bhuvaneshvari.

Udayagiri and Khandagiri Caves,also called Kattaka Caves or Cuttack caves are partly natural and partly artificial caves of archaeological, historical and religious importance in  the city of Bhubaneswar. Udayagiri means Sunrise Hill and has 18 caves while Khandagiri has 15 caves. caves built during the 1st century BCE.

The Special Caves in Khandagiri and Udagiri follows below:

In Udayagiri, Hathigumpha (cave 14) and Ganeshagumpha (cave 10) are especially well known due to art treasures of their sculptures and reliefs as well as due to their historical importance. Raninka Na’ara (Queen’s Palace cave, cave 1) is also an extensively carved cave and elaborately embellished with sculptural friezes. Khandagiri offers a fine view back over Bhubaneswar from its summit. The Ananta cave (cave 3) depicts carved figures of women, elephants, athletes, and geese carrying flowers.

Esplanade One mall is located in Rasulgarh Industrial Estate. It is the second largest shopping mall. The complex is spread over 9 floors and the offices start from the third floor. It Imposing contemporary mall with a multiplex cinema, global & local fashion brands & food more than 200 outlets.In Esplanade One organised The First Ever Midnight Sale at Odisha’s No.1 Shopping & Entertainment Hub. Over 40 Brands offering 50% off. Also Get a Chance to win hourly exciting prizes including one lucky draw prize – Honda Activa 5G.

Nandankanan Zoological Park is a 437-hectare zoo and it was opened to the public in 1979 and became the first zoo in India to join World Association of Zoos and Aquariums (WAZA) in 2009. It also contains a botanical garden and part of it has been declared a sanctuary. Nandankanan is the only zoological park in India to become an institutional member of world Association of zoos and Aquarium.

Very Interestingly to learn about Nandankanan

Dhauli is located on the banks of the river Daya.It is marked in white peace pagoda & Buddhist shrine constructed atop Dhauli Hill in 1972.The Dhauli Shanti Stupa has four massive idols of Lord Buddha in various postures along with episodes from Gautam Buddha’s life carved on stone slabs.

Regional Science Centre was set up in the temple city of Bhubaneswar in the year 1989. The  Centre is one of the 26 science centres /science museums under the network of National Council of Science Museums. The Centre aims at inculcating scientific temper and popularizing science & technology amongst people of all walks of life, students in particular,in the state of Odisha through exhibits, exhibitions, special shows and educational programmes.

The Shri Jagannath Temple is an important Hindu temple dedicated to Jagannath, a form of Vishnu, in Puri in the state of Odisha on the eastern coast of India. The present temple was rebuilt from the 10th century onwards, on the site of an earlier temple, and begun by King Anantavarman Chodaganga Deva, first of the Eastern Ganga dynasty

Some Special Things to Know about Lord Jagannath Temple

Puri’s famous Jagannath Temple holds a prominent place of importance for devotees. It is one of the Char Dham pilgrimage sites in India, and is also well-known for the annual chariot festival or Rath Yatra.

Quite Excitement to learn why there is no shadow of Puri Jagannath Temple?

The temple is built in a very scientific way shadow falls in such a way that it is not visible to others. The shadow which falls on the dome is hidden by the structural built of the temple.

Sakshigopala Temple is also known as Satyabadi Gopinatha Temple is a medieval temple dedicated to Lord Gopinatha located in the town of Sakshigopala on the Puri temple in Odisha. The temple is built in the Kalinga Architecture style.

The beautiful to know Sakshigopala is Lord Krishna in Standing Posture is very enchanting and attractive one.It is also special entry to devotees states that in Sakshigopala Dairy that I witnessed the temple and lord offers full blessings to the devotees.

Konark Sun Temple is a 13th-century CE (year 1250) at Konark about 35 kilometres northeast from Puri on the coastline of Odisha.Dedicated to the Hindu Sun God Surya, what remains of the temple complex has the appearance of a 100-foot (30 m) high chariot with immense wheels and horses, all carved from stone.the Surya Devalaya, it is a classic illustration of the Odisha style of Architecture or Kalinga Architecture. Exceptional Facts about Sun Temple,It is one of the UNESCO World Heritage site, Konark Sun Temple is famous for its unique architecture. Its geometrical patterns and carved wheels used to serve as sun dials. One can witness three images of Sun God at three directions to catch the rays of the Sun at dawn, noon and sunset.

These all the best places to see in these locations which gives you happiness and peace,blessings etc.This are one of the important places to ever see in life.