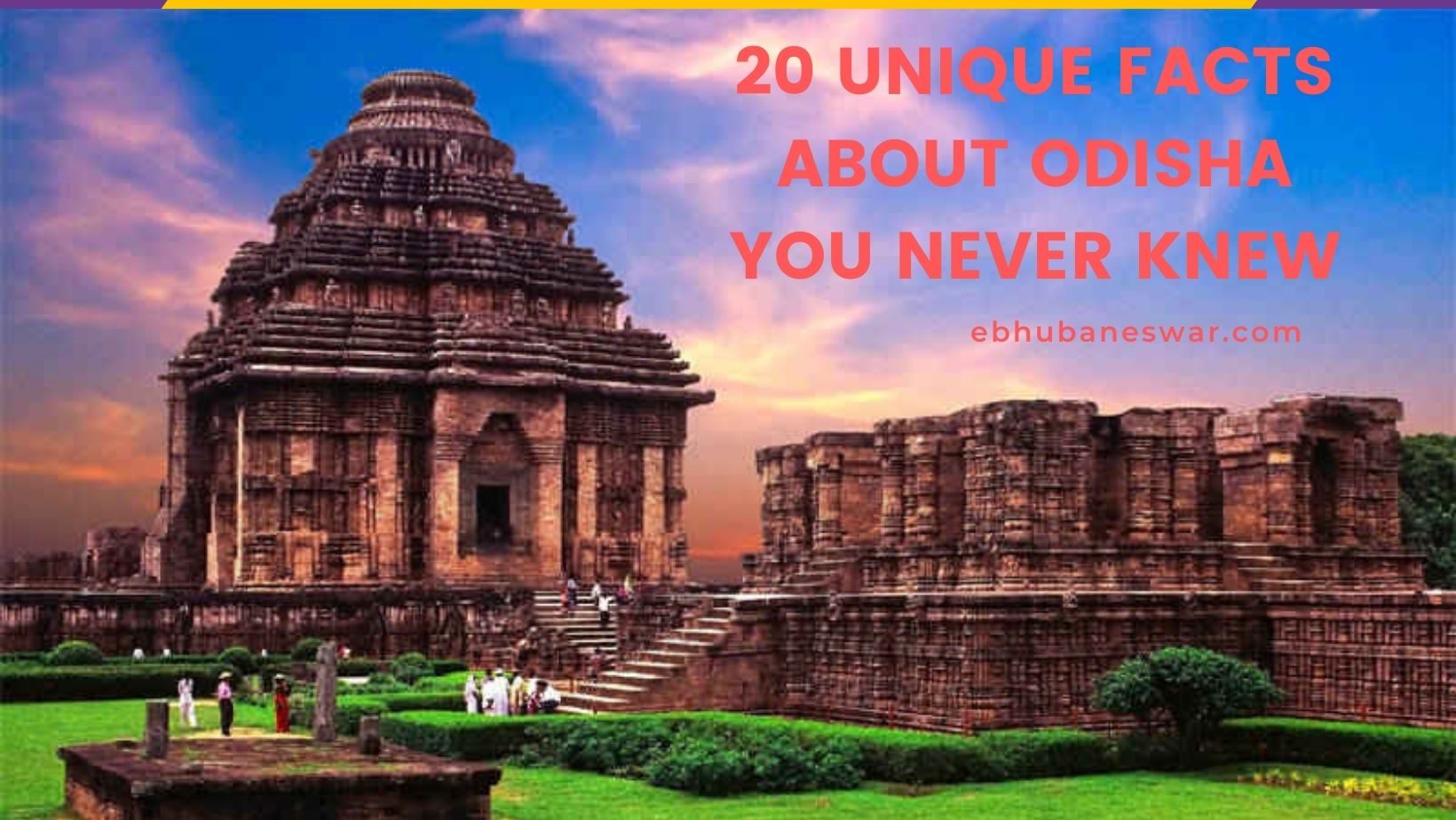 When we say we understand our state of Odisha, we mean we know the local facts. None of us has conducted detailed research on the subject. When there are floods, Naxal attacks, cyclones, and other natural disasters in Odisha, the national media always covers them. Odisha, on the other hand, is rich in culture, natural resources, and scenic beauty. In this, I am going to tell you 20 unique facts about Odisha you never knew. So let’s start.

Every year it hosts the largest open-air theatre, The Dhanuyatra, in Baragarh.

It has become the 1st state to begin special drives to register migrant workers working in other states.

04. Largest Kitchen in the World

The Jagannath temple’s kitchen is the largest kitchen in the world and has a capacity to feed 10,000 people per day.

Shanti stupa Dhauli is present in Odisha, where Chandashoka changed to Dharmashoka after seeing the darkness of the war.

It has the 4th largest dam in the world named as Hirakud dam located at Sambalpur, Odisha

08. Only leaning temple in the World

The world’s only leaning temple, Huma Temple, is situated in Sambalpur, Odisha.

The only white tiger safari is situated at Nandan Kanan zoological park, Odisha.

The world’s highest electrified track is situated at Odisha in the Jakhapura-Daitari section.

The famous Rasagola sweet originated from Odisha and got the GI tag.

The largest brackish water lagoon, Chilika, is present in Odisha.

Puri dhama is the only dhama in India where folk, Shaiva, Shakta, and Vaishnava worship is done

The only hide-and-seek sea beach is Chanidpur, present in Balasore, Odisha.

Bhubaneswar was the land of 500 ancient temples in India, thus called the “Temple City in India.” It is located in Odisha. It is also the capital of Odisha.

According to mythology, the Mahabharat was written by Shri Ganesh in Rourkela, near Vedvyas.

There is so much to learn about our state of Odisha, but we are frequently ashamed of ourselves. Every state has something to be embarrassed about, but they also have things to be proud of. We have to keep that in mind. So this is all about the 20 unique facts about Odisha. I hope you know some unknown facts about our state. If you found it helpful, please like, comment, and stay connected for further updates. Thank you.