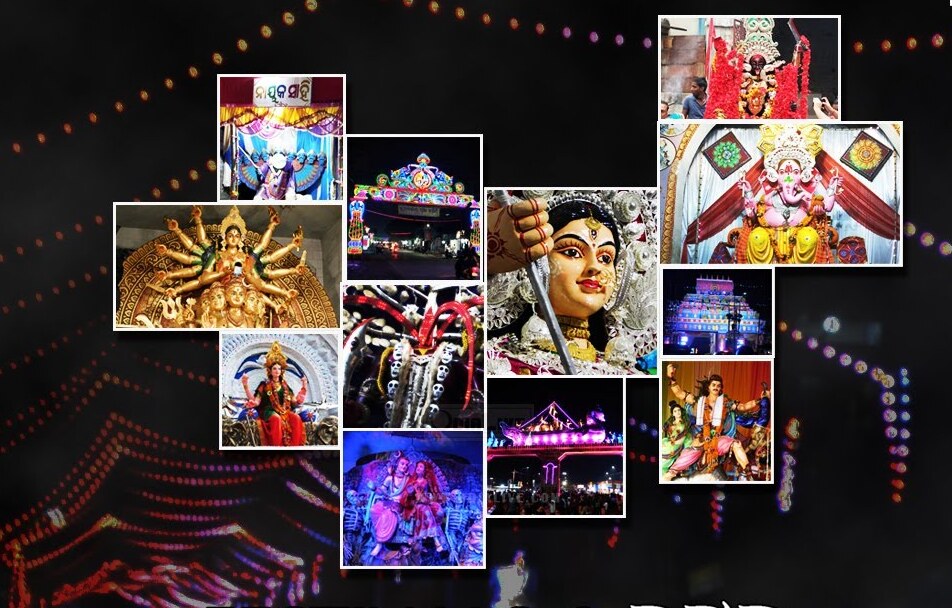 Cuttack is regarded as the Brotherhood City. Cuttack, India’s Silver City, is also recognized as the Cultural Capital of Odisha. Despite the fact that the Odiya people make up the majority of Cuttack’s population, there is a uniqueness in the festivities. All the important religious festivals are celebrated with equal passion in this city. Cuttack has been a place where people of different religions have lived for generations, and it might be considered a little India. If you have not yet visited the city, you must do that just once in your life. The best time to visit is from August to March, as this is when the big festivals are held. Let’s explore the top 5 festivals celebrated in Cuttack.

The auspicious ‘Dola Purnima’ festival is being performed with religious devotion and gaiety across Odisha, particularly in Cuttack. The air is filled with ‘Abeer,’ the Holi color in various shades, at the ‘Melana’ grounds.

Beautifully decorated ‘Vimanas’ carrying Radha and Krishna statues are seen making their rounds across the city. The ‘Vimanas’ are then carried to the Melana ground at various locations among the synchronized beating of drums and bells, as well as firecrackers, much to the joy of thousands of devotees.

Many groups gather here of their own volition to take part in the major event. The ceremonies are not carried out by Brahmins. The believers make their own offerings to the Lord. Women also come in great numbers to obtain rice from Maa Lakshmi’s “Kalash.”

Timing: Between March and April

Durga puja is the main festival in Cuttack that all katakias eagerly wait for every year. The nine-day Navaratri festival ends with the Dussehra Festival, during which thousands of idols of Goddess Durga are placed in various pandals across the city and the Goddess is worshipped with extreme devotion and faith. The festival’s planning begins two months before the celebration. Cuttack’s Dussehra celebrations are particularly well-known for their silver and gold Medhas, in which the idols of Goddess Durga are covered with a magnificent collection of gold and silver jewelry. On Ashtami, Navami, and Dashami Days, the entire Cuttack city rejoices in the passion and beauty of the festival

Timing: Between September and October

Cuttack is also known for kali puja, in addition to the well-known Durga puja. Cuttack residents prepare for Kali Puja and Diwali celebrations just a fortnight after Durga Puja. This is celebrated with excitement and enjoyment. The Gadgadia Ghat in Cuttack, which is bursting with firecrackers, comes alive with the busy lives of people who worship Goddess Kali with great devotion and majesty.

Timing: Between October and November

On Kartik Purnima Day, a big fair is conducted in the region of the Barabati Fort, and the event lasts for seven days. Innumerable stalls are set up at the time of Bali Jatra where exotic craft items, traditional Oriya delicacies, curios, souvenirs, other decorative and gift items, toys, etc. are sold. Thousands of people from all over the country arrive in Cuttack to take part in the Bali Yatra Fair. At the time of the Bali Jatra, a traditional song called ‘Aa ka ma bai, pan gua Khai.” is sung, which describes the importance of the four months that are essential for sea traders.

Timing: Between November and December

Cuttack is being dressed with different colored lights in the same way as Durga Puja is, and every street, street, and roadside has pandals where Lord Ganesh’s idols are set up. Every year, Ganesh Chaturthi is marked as a vacation in Cuttack’s schools and colleges.  Students join together to raise money and build an idol of Lord Ganesh on their campus, which they worship for three to four days.

The Katakis believe in international brotherhood and would never support communist or racist conflict based on religious, social, or cultural differences. For hundreds of years, people of various major faiths have lived in Cuttack in perfect peace and cooperation. So this is all about the festivals celebrated in Cuttack. If you found my article useful, please subscribe to the page and stay updated. Thank you.

Timing: Between August and September