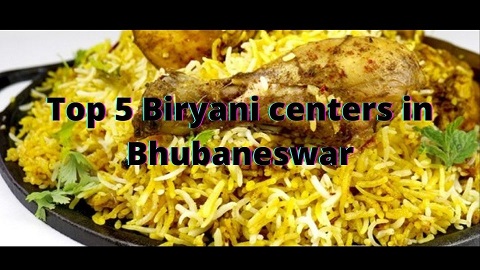 Biryani Box is a very renowned restaurant having a specialty in Biryani as suggested by its name. It offers quality Biryani and is it has a very mild taste. Biryani Box has opened many branches at various regions of Bhubaneswar which makes it easy to find at nearby location for many customers.
Price Range – 400 – 500Rs. for 2 people
Visit site – https://biriyanibox.com/

Hotel Royal Biryani well known for its Biryani cuisine has managed to gather good amount of positive reviews for its biryani. The restaurant may not lead in its interior but its biryani definitely will make you fall for it head over heels.
Location – Plot no-3508, Palasuni, Rasulgarh, Bhubaneswar, Odisha 751010
Price – ₹350 for two people

Mughlai roast has manage to acquire third position in my list of ‘Top 5 Biryani Centers in Bhubaneswar’ because of its good taste and amazing reviews not only for its Biryani but also some other menus as well. Mughlai Roast has an open space for for having food.
Location – Niladri Vihar Rd, Near BP Petrol Pump, Housing Board Colony, Chandrasekharpur, Bhubaneswar, Odisha 751016
Price – ₹300 for two people

Sizzler fast food as suggested by its name is a fast food center which may not be appealing from its shop’s look but as it is said don’t judge a book by its cover. Sizzler fast food offers some amazing mouthwatering biryani and some other tasty items as well at affordable prices which are worth trying.

Royal Hotel is very much famous for its specialty in Mutton Biryani but lacks in ambiance but if you want to have a try of its taste you can also order online as everything now-a-days can be ordered by just a click.
Location –  Saheed Nagar, Bhubaneswar, Odisha 751007
Price – ₹500 for two people

So these were my top 5 recommended Biryani Centers in Bhubaneswar out of which my personal favorite has to be Biryani Box because it has got all like good taste, best ambiance at an affordable price as well. So comment below if you have tried biryani from any of these centers and also your personal favorites place.