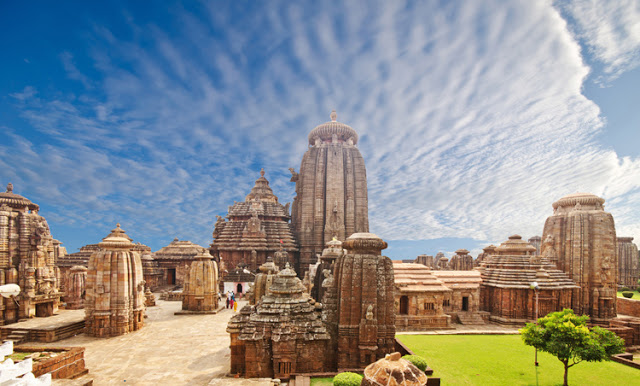 Bhubaneswar is the capital of odisha & it’s also called the “City of Temples”. Bhubaneswar is a major attraction for tourists. The name bhubaneswar comes from Shiva’s Sanskrit name, Tribhubaneswar , meaning “Lord of Three words”.

Here are the best religion places in Bhubaneswar

Lingaraj temple is dedicated to Lord Shiva. it’s one of the most famous religious temple in bhubaneswar. This temple was built by King Jajti Keshari. It was built by using red stone. The temple has a Shiva Linga , the linga is worshipped as Lord Vishnu as well as Lord Shiva. The Shivalinga of this temple is 8 feet. Only Hindus are allowed to visit Lingaraj temple. it’s one of the largest temple in bhubaneswar.

Dhauligiri Shanti stupa is also known as the peace pagda. The word ‘Shanti’ in the name itself suggests peace. It was built by the Japan Buddha sangha and the Kalinga Nippon Buddha sangha in1972. It is situated atop the Dhauli hills and at the foothill the Daya River flows. Dhauligiri lies at a distance of 7 km from Bhubaneswar. The overall structure of the stupa is in the shape of a dome. In Shanti Stupa there are 4 giant statues of Lord Buddha which are located in 4 side of the Stupa. Each sides there are two lions present in front of Lord Buddha statue.

Best time to visit Dhauligiri is from the month of November to February.

Brahmeswara Temple have been built in the 9th century A.D. by the rulers of the Somavamsi dynasty. This temple standing at a height of 60 feet the intricate carvings of nature. The temple is classified as a panchatanaya temple where apart from the main shrine, there are four subsidiary shrines in the four corners around the temple. God and goddesses around the temple are capture the attention of any visitor. This temple also a unique place in history because this as the first temple in odisha to use iron beams in its structure.

Thank you all for visiting my article, If you are desiring to spend your quality time with friends and family, must visit these places.