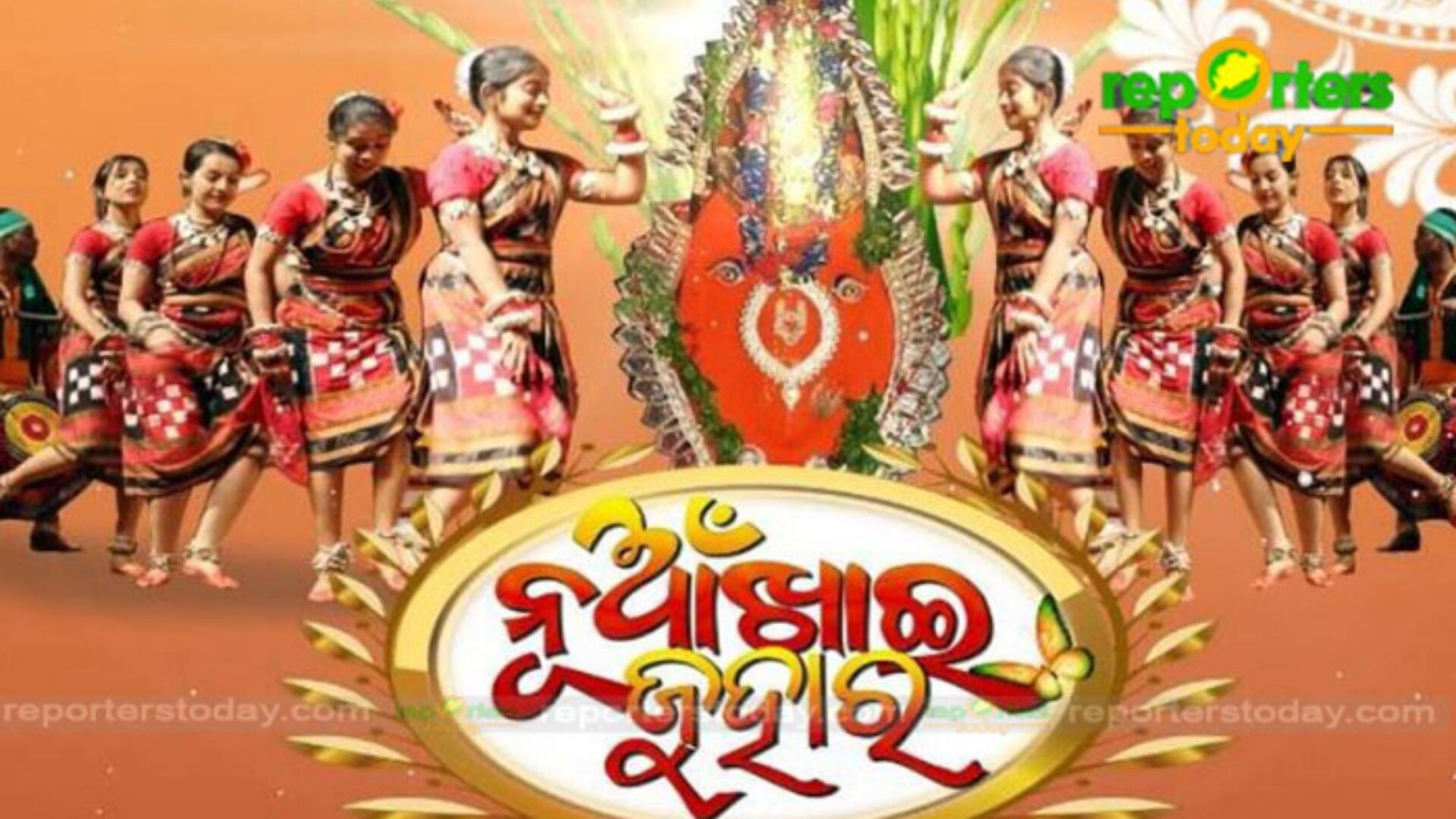 Hello folks !! If you are fond of cultural festivals and always have a eagerness to know or explore different festivals of different places then I must say you must get to know about the harvest festival of Odisha that is Nuakhai.

Nua Khai, also called Nua Parab or Nua Bhatghat, is known as the harvest festival of Odisha for a significant reason. This festival is held a huge significance for the farmers and the agricultural community. It is basically observed to welcome the new rice for the season for which it is celebrated with huge joy and happiness.

Throughout the article you will get to know about the significance of the festival, how it is celebrated, it’s origin and it’s journey from the past till present. So what are we waiting for ? Lets discuss about this ancient festival in details.

Brief about the festival

Nuakhai or Navakhai is a famous agricultural festival mainly observed by the people of Western Odisha and Southern Chhattisgarh in India. Nuakhai is observed to welcome the new rice of the season. According to the calendar it is observed on panchami tithi (the fifth day of the lunar fortnight of the month) of Bhadrapada or Bhadraba (August–September), the day after the Ganesh Chaturthi festival.

This festival is observed throughout Odisha but more deeply believed and celebrated by the Western part of Odisha. Western Odisha including Kalahandi, Sambalpur, Balangir, Bargarh, Sundargarh, Jharsuguda, Sonepur, Boudh and Nuapada districts of Odisha, and also the adjoining areas of Simdega in Jharkhand, is actually where the culture of Western Odisha is much more predominant.

The word ‘nua‘ means new and ‘khai‘ means food, so overall the term ‘nuakhai‘ signifies the farmers are in a possesion of the newly harvested rice. The festival is seen as a new ray of hope for which it is held a huge significance for the farmers and the agricultural community. The festival is celebrated at particular time of the day which is also called as lagan. So when the lagan comes all the people first remember their village god and goddess, and then have their nua.

According to the local researchers, Nuakhai is of fairly ancient origin. Some researchers claim that the main fundamental idea of this festival can be traced back to the Vedic times when the rishis, or the sages had talked of panchayajna, the five important activities in the annual calendar of an agrarian society. These five activities have been specified as sitayajna (the tilling of the land), pravapana yajna (the sowing of seeds), pralambana yajna (the initial cutting of crops), khala yajna (the harvesting of grains) and prayayana yajna (the preservation of the produce). So according to them Nuakhai is seen to be evolved out of the third activity, that is pralambana yajna, which involves the cutting the first crop and reverently offering it to the mother goddess.

Although the origin of this festival has been lost over time, but if we recall to the 14th century AD, which was the time of the first Chauhan king, Ramai Deo, the founder of the Patna state (which is currently the part of the Balangir district in Western Odisha) the festival got a new recognition. In his efforts to build an independent kingdom, Raja Ramai Deo realized the significance of settled agriculture because the subsistence economy of the people in the area was primarily based on hunting and food gathering. He sooner realized that this form of economy could not generate enough surplus to sustain a state.

Later, during the formation of the Sambalpur region, the Nuakhai festival played a massive role is symbolizing the importance of agriculture as a way of life through which the economy of the region had a great increase too. Hence this credit can be totally given to Raja Ramai Deo for making the festival a huge part of Odisha’s culture and heritage.

Rituals of the 9 colours of Nua Khai

How is it celebrated ?

As we discussed earlier, Nuakhai celebration starts with the preparation for the festival almost two weeks before the festival. The festival promotes the exchange of greetings with friends, well-wishers, and relatives symbolizes unity. This occasion makes people to forget their differences and start relationships among each other. On the occasion of Nuakhai, Aaresha pitha is made in all the Odia families and is eaten with huge delight.

In the evening, people meet each other, exchange greetings with each other and seek blessings from their elders for their long life, happiness and prosperity. This festival makes the partioned brothers celebrate it under one roof for which Nuakhai really has a great importance in Odia families. This shows the kind of unity, fraternity  and bonding the festival promotes in the society along with its agricultural relevance.

On the occasion, folk songs and dances are organized displaying local culture, tradition and various shades of the society. People of all the age group take part in these songs and dance culture and enjoy a lot. As the festival has achieved a national recognition with people form the Western Odisha staying in different parts of the country, a showcase of folk culture, songs and traditions take place through this festival of Nuakhai.

Journey from the past till present

Well in the early years, there was no fixed day for celebration of the festival. It was predicted and held in between the Bhadraba sukla pakhya, or also called the bright fortnight of Bhadraba. It was the time when newly Kharif (autumn crop) of rice starts ripening. At times, the festival is observed in the month of Bhadrava even though the food grain is not ready. You might be wondering why is that so ? Actually the thought or the reason behind it is to prevent the crop from being affected by birds or animals so that it would be ready to eat for the presiding deity.

In early traditions, farmers would celebrate Nuakhai on a day designated by the village headman and priest. Afterward, under the patronage of royal families, this simple festival was altered into a mass socio-religious event celebrated in the entire Kosal region (Western Odisha region).

Deities that are offered Nua

Every year, the tithi (day) and samaya (time) of observance was astrologically determined by the Hindu priests. Priests would sit together at the Brahmapura Jagannath temple temple in Sambalpur district and calculate the day and time. The tithi (date) and lagna (auspicious moment) were calculated in the name of Pataneswari Devi in the Balangir-Patnagarh area, in the name of Sureswari Devi in the Subarnapur area, and in the name of Manikeswari Devi in the Kalahandiganata area. In Sundargarh, Puja, or worship was first offered by the royal family to the goddess Sekharbasini in the temple which is opened specifically for Nuakhai. In Sambalpur, at the stipulated lagna, the head priest of Samaleswari temple offers the nua-anna or nabanna to the goddess Samaleswari, the presiding priest of Sambalpur.

So this was all about the ancient and honourful Nua Khai – the harvest festival of Odisha. Till now you may have got to know how legendary, traditional and amazing the festival is. This great festival is also known for celebrating 13 festivals in 12 months as said popularly in Odia ‘Bara Massa re Teraa Parva’. Nua Khai is really a glory for the Odia families and all the people celebrate it very happily by singing, dancing, exchanging gifts and what not. So if you are also amazed by knowing about this festival just the way I am, don’t forget to share your feedback down in the comment section.