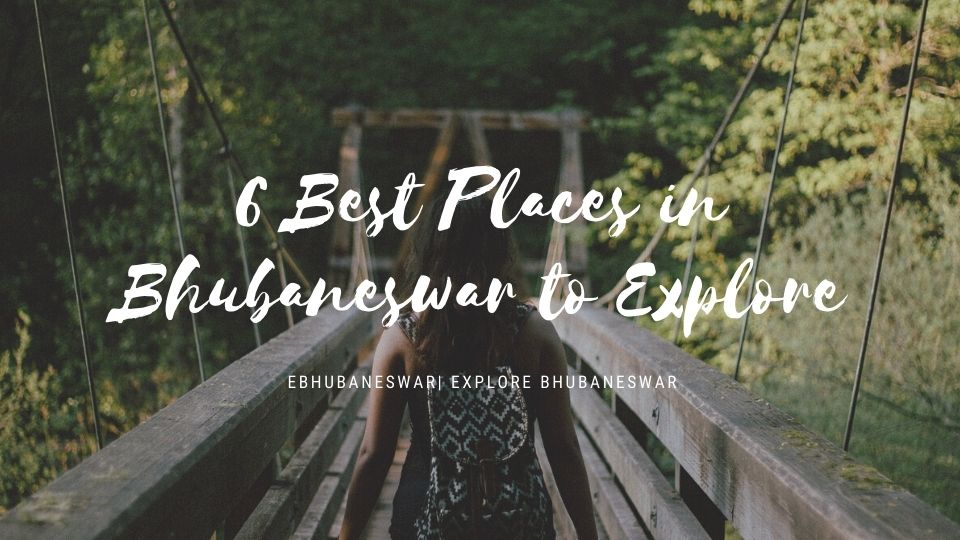 Odisha the only state that is full incredible places in its every district. All of district like endless iconic places, that one should get tired but not get satisfy by visiting those places. Of course Bhubaneswar is the heart of Odisha. You will get lots of Best Places in Bhubaneswar to hangout with your family and friend. Or if you are a Traveler or Explorer, you should not miss the chance to explore the hidden treasure of Bhubaneswar.

Situated a few miles away from Bhubaneswar, the Udayagiri and Khandagiri Caves are rock cut caves believed to have been carved out by Jain monks. The caves sit adjacent to each other and have inscriptions written all over its walls.

Dhauli is located on the banks of the river Daya, 8 km south of Bhubaneswar in Odisha, India. Dhauli hill is presumed to be the area where the Kalinga War was fought. The huge monolithic rock, at the base of the Dhauli hill, has the edict of King Ashoka who won the battle of Kalinga here.

It dates back to the Mauryan period, about 3rd century BC. The carvings are quite visible and have been protected by a cage like structure to preserve it. That the same has lasted after several centuries, braving the vagaries of nature, speaks volumes about high level of art and architecture of Mauryan times.

The Dhauli rock edict is easily reached by road and is nearly 8 kms from city centre.

Have you explored the above places. Let’s go for more Best Places in Bhubaneswar.

Dhauligiri lies at a distance of 7 Km from Bhubaneswar. As one travels from Bhubaneswar to Puri, one finds Shanti Stupa. The word ‘shanti’ in the name itself suggests peace. Since King Ashoka adopted the path of peace and tranquility and resorted to Buddhism, he laid the foundation of Dhauligiri Shanti Stupa at a place which is known for the end of Kalinga War.

Here, one finds the edict of Lord Budddha which is visited by numerous Buddhist devotees.

This Protected Area is notified in the Orissa Gazette vide Notification No.21 dated 7th January 1994.

The Tribal Museum located at the CRP Square in Bhubaneswar, was established in 1953. Today the museum is a major site of tourist interest as it gives an insight into the life of a tribal. On display are immaculate replicas of tribal huts of various tribal communities and artefacts collected from different tribal groups in Odisha.

The “Museum of Tribal Arts and Artefacts” popularly known as Tribal Museum was established in the year 1953. Odisha has over 60 tribal communities adds significance to this unique museum which is the reason and it is also known as “Museum of Man”.

On display are the way of life of a tribal in the region which includes their attire, traditions, ornaments, food habits. The museum also displays replicas of Tribal dwellings and artefacts.

The hill near Chandaka Industrial Estate, famous for its deity Sikharchandi, with lots of grenary this place is a good place for tourist & local people to spend time with near & dear ones.

This place will be converted into a major tourist hub and recreation center, courtesy the state tourism and the Odisha Industrial Infrastructure Development Corporation.

The tourism ministry has already accepted a proposal submitted by the Odisha tourism to include Sikharchandi in developing several temple circuits in and around the city. The step to convert the Sikharchandi hills into a major tourism and recreational hub will now provide people a better alternative to relax.

I think exploring is an art. More you explore more you find something new. This is the glance from the huge number of Best Places in Bhubaneswar and my favorite visiting places too. Must visit this places once if you really want to explore the treasure of the Bhubaneswar.

Also visit the Top 7 Ancient and Famous Temples in Odisha.