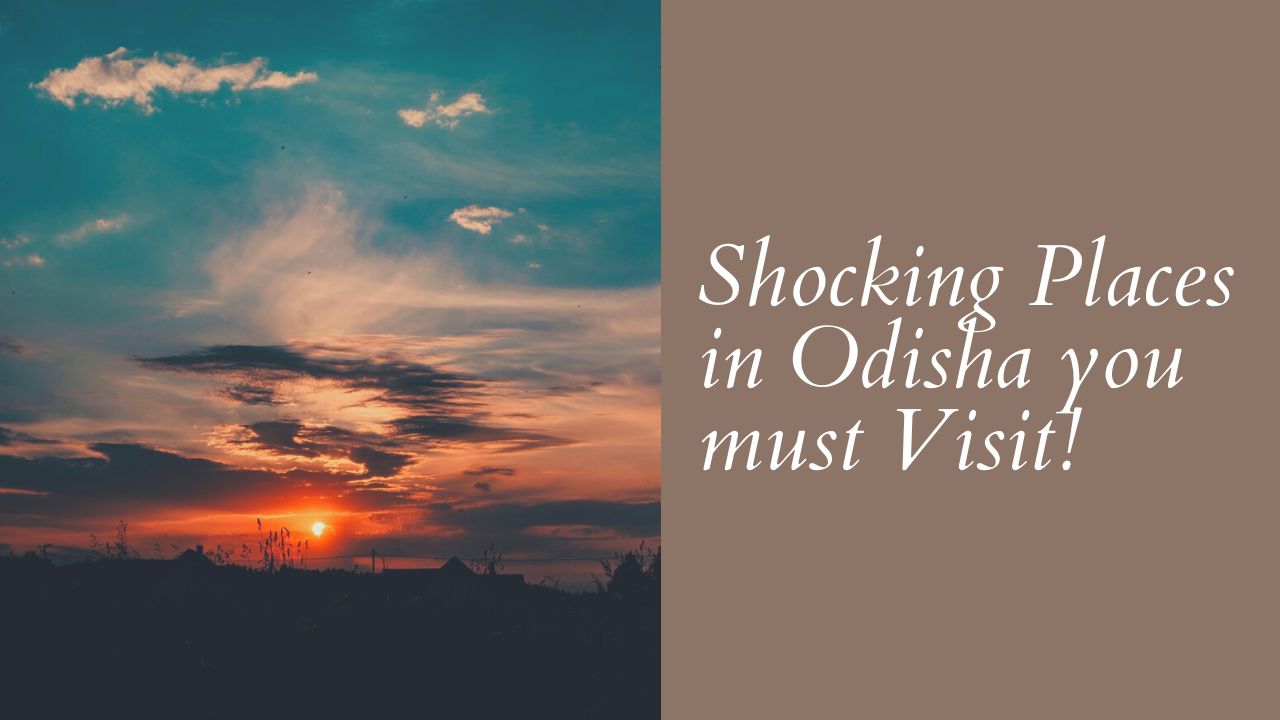 Odisha is a land which is rich in its cultural past and mythological significance. But one can not always decode the mystery that comes with a rich past. To add to this, so many places in Odisha defy the conventional laws of nature and science. As the title suggests, these shocking places in Odisha are sure to leave you mesmerized and question your logic.

Here is a list of top 4 shocking places in Odisha and their stories associated with them.

Titlagarh area in the Balangir district of Odisha is considered to be one of the hottest places in the state during the summers. The temperature is said to be rising over 55 degrees Celsius.

But a surprising fact is that a temple here remains cool even during the scorching heat of the summers. Baba Dhabaleshwar temple present in the Kuduma mountain foothills has a temperature recorded below 15 degrees Celsius even in the hottest times of the year. This miracle has been witnessed by all the visitors and the temple priests. According to the beliefs of the devotees the inside of the temple remains cool because of the presence of Shiva and Parvati statues.

But what the historians and years of research has discovered is that the temple has a tunnel under it, which is connected to a perennial water stream. When the wind passes through the tunnel the inside of the temple temperature is decreased. Also the ancient sculptures are designed in a manner to beat the heat of the sun.

Getting there: Reach Titlagarh by bus or train. From there take bus or taxi to reach the temple.

According to the beliefs it is said that, the second of the panch-pandavas, Bhima had taken bath in this waters so the name Bhimkund. The interesting fact about this place is that in Bhimkund, a dead body never floats and disappears in the water. But usually it should float in the water.

Another this is that, the depth of this place is still unknown. The deepest a camera was sent was under 200 ft. after that a heavy undercurrent was observed.

Getting there: Can be accessed from both sides, Mayurbhanj and Keonjhar. This place is well connected by road. Jeeps and taxis are available.

Dhabaleshwar temple is present along the river Mahanadi that is 27 Km away from district Cuttack. It is splendidly beautiful as it’s present in an island and because it’s ancient Kalinga style architecture.

But the people who have visited the temple must have noticed that the temple is in all white color. The reason is connected to a miraculous act performed by Lord Shiva of the temple.

Here goes the story – a thief once stole a black bull from the village and hid in the Shiva temple sanctum. The angry crowd waited for him to come out of the temple. After a long continuous prayer to Lord Shiva to save him from the crowd, the Lord heard his prayers and took a form of a sage. He came forth to the crowd to know the reason for their aggression and they told that they doubt a thief has stolen their bull is hiding in the temple. Now, to save the thief he brought the bull out in front of the villagers which turned out to be white.

The thief realized that the Lord himself came to his rescue and dedicated the rest of his life to serving and worshiping Lord Shiva. Hence the name Dhabaleshwar – Dhabala or white and Eshwar or God came into existence.

Getting there: Hiring a vehicle or auto is enough to reach there. Or you can get the Dhabaleshwar bus from the Cuttack bus stand.

The famous Akhandalamani temple present in the banks of river Baitarani, is not only famous within the locals but in the whole state. Everyday a huge number of devotees from around the state visit and worship the great Lord.

According to the people’s beliefs, the history dates back to around 350 years when Raja Sri Niladri Samara Singha Mohapatra was ruling. On one morning a peasant was sent by the king to cultivate the paddy fields on the side of the Baitarani river. When the peasant was cultivating, his plough’s blade broke by hitting some hard material within the ground. He was shocked to find a black glazed granite stone filled with blood flowing to the river. He horridly ran to the king and when they came back, they saw a huge cobra hooding the stone and there was milk in place of blood.

That night the king had a dream about the arrival of Lord Akhandalamani in that place. The black glazed granite was nothing but the Shiv Ling. He immediately started worshiping the God there and built a wooden temple in that place. Even now the bruise or the broken area can be seen in the Shiv Ling that was caused due to the blade of the plough.

Getting there: Buses are running daily from Bhadrak town to Akhandalamani. It is well connected by road.

Now that we have set your curiosity levels high, it’s time for you to add these 4 shocking places in Odisha to your itinerary. Visit to enjoy the old charm, the mysteries and hear the intriguing stories from the locals themselves.

Sharing a little something of what I love with the world!